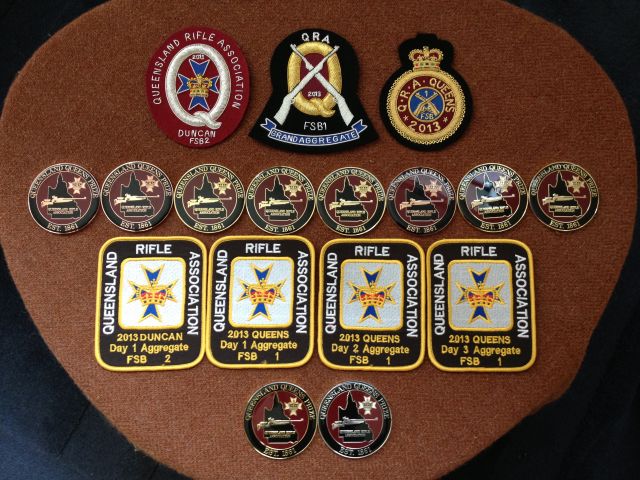 A great story of one mans rise to the top! 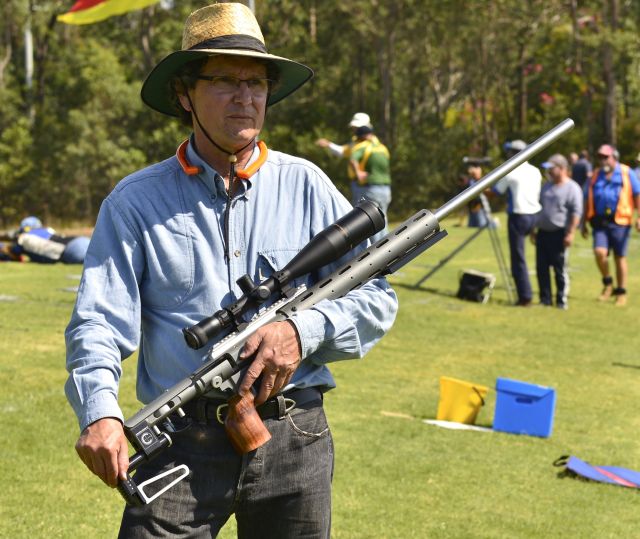 First, I must say that I am very happy with your tube gun design, which I must commend you for, highly! And to be honest, I have two Eliseo’s…. the B1(in assembly development awaiting a Border barrel) and the CG1 which is my original selection (a rather long time in waiting, but thanks to yourself and Glenn for helping it materialise.) And yes, a lot of research is behind all of this, and a story!

Despite being with my wife for 27 years and getting on well with my father-in-law Dr Micheil Sweet OAM, a TR shooter who has been in many Australian and Tasmanian teams over a duration of 50 years, (my wife has fond memories of helping to work the butts as a child) I thought it was time to give it a go. My first ever Fclass attempt was in Tasmania well over two years ago. It was over two ranges using the rifle of our number 1 Fclass shooter Bob Pedersen. Only on the 2nd 600 yards I scored, which I remember as 52 with about 2 X’s out of 60. I really didn’t know what this meant for a first-timer! ( I put that down to a good rifle.)

Having joined the Canberra Rifle Club properly at the beginning of 2012, I shot several times using a club rifle, before abandoning that for a year only to turn up every Saturday, helping with the statistics, working the butts, ho;ding conversations with many a local shooter for their points of view, and a barrage facing of facing questions asking me when my new rifle would be arriving. My tale of ‘first rifle’ involved much patience. My yearning took 15 months to materialise, but by late February this year I began with an Archer barrel, CG Inch action, Edgewood rear bag, S111Sightron 8×32 (all mine), and a borrowed stock and front bipod (two thirds of the way there!) To me, a year of not shooting appeared as a small window of time, because it allowed me to learn my theory, and learn about such greats as your Colonel Townsend Whelan, Canada’s Dr Desmond Burke, and hear the tales about an interesting Englishman called A E Banks. While riding along this trail of theory, I decided to take time in assembling proper reloading gear etc. ( I figured by then that there were so many variables in shooting, that I had to learn to control them!)

By the end of June13, my Seb Neo front rest had arrived along with the Eliseo CG1. Finally, it felt like mid-year Christmas! Now, to make it all work together.

From February this year, I began my (2012) catch-up by going to our Queen’s Prize meetings across several Australian states. I’m starting on the bottom rung of the ladder as an F-Class, B grade competitor. First it was Tasmania, then Victoria with the bipod, and recently with all the equipment in Queensland. I’ve met many interesting competitors, and learnt along the way. My club reputation turned to being the only member who had shot more Queen’s than club shoots’. The ranges vary between yards and metres.

As for the Queensland (QRA) Queen’s, the Belmont range (yds) is possibly the best in Australia. And to my surprise, I ended up with the following:

You can find other links on this matter at www.canberrarifleclub.org.au and http://ozfclass.com/phpBB2/viewtopic.php?t=5060

I suppose there are several points regarding the moral of this story. It seems to me that , a good rifle, control of the variables, not compromising and patience are a virtue for a beginner. I’m an architect by profession and attention to detail is one of my attributes. To quote Colonel Townsend Whelan, “Only accurate rifles are interesting.” But I think there is also enjoyment of the sport. (Of course, I need a lot more experience!)

I’ve only ever shot about 1100 rounds to date, (the last 200 in Brisbane), so I’m off to Sydney in September for the New South Wales Queens to increase my enjoyment count. I’ll end the year with the last Queen’s here at home, as we celebrate a centenary for the club, and the nations’ capital, Canberra.

And, to all interested in TR as a sport, there is a virtual path awaiting you, that can easily be turned to reality… enjoy!

Article Today on Accurate Shooter about the “Mad Minute” Drill