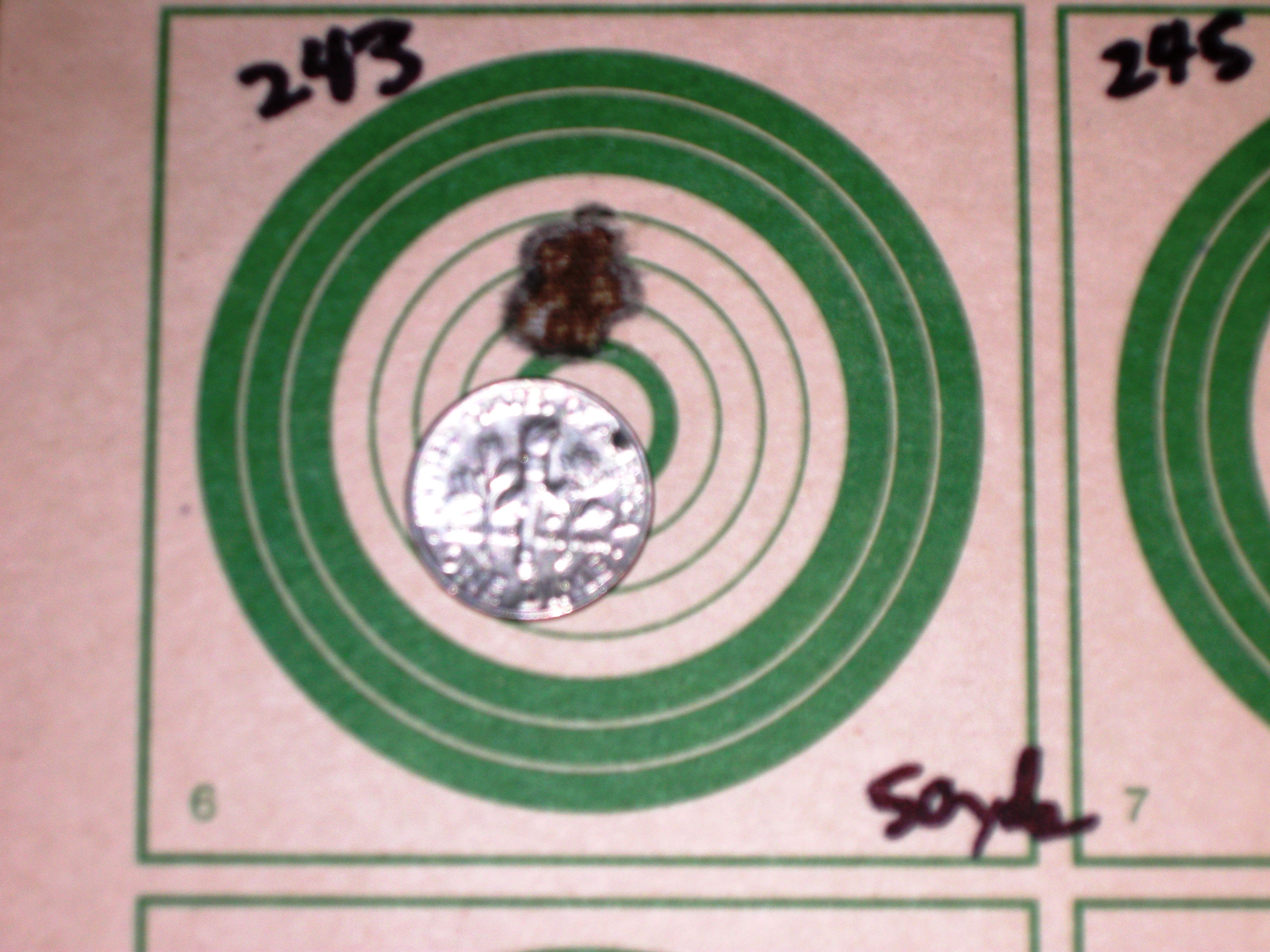 I’ve been wanting an Eliseo chassis based small bore rifle for some time – and wanted it to mirror my other Eliseo rifles. When Gary announced the H1 recently, I knew that it was time. First stop was to contact Gary to get a chassis set aside, then I ordered my Hall action and contacted Mark Penrod to arrange for a barreled action – which he turned around quickly. I also contacted Tarl Kemply to get a BeeSting bloop tube / tuner, which also was turned around in a jiffy. Finally, with all pieces in place, Gary quickly prepped my H1 and graciously agreed to assist in installing the barreled action into the stock – and I picked up my completed (beautiful blue) H1 on a Friday and headed to the range.

My goals at the range were primarily to get scope and iron sight zeros and then to work accuracy at 50 yds and 100 yds. Zeros came quickly, so I got to spend a bit of time working accuracy. The result was fairly immediate – shooting scoped from bags and the BeeSting centered the first group was pretty good (3 shots touching). Not bad for a first effort on a moderately windy afternoon… After some playing to get a tuner setting that would work well both at 50 yds and 100 yds, I went after 10 shot groups – the final 50 yd effort is shown – a 10 shot .256″ group. This will be completely capable of cleaning that tiny little metric target, and I was very pleased for a first outing! The 100 yd efforts were similarly rewarding, holding great elevation. With the day getting late, I went to a prone/sling, iron sight config and quickly (meaning not really focusing too much on execution) shot another 12 shot 50 yd group measuring .600″ – well within the A-23 target 10 ring (also shown).

I’m very pleased with the H1 and look forward to the next small bore match! Thanks Gary for all the help and for a great chassis system! 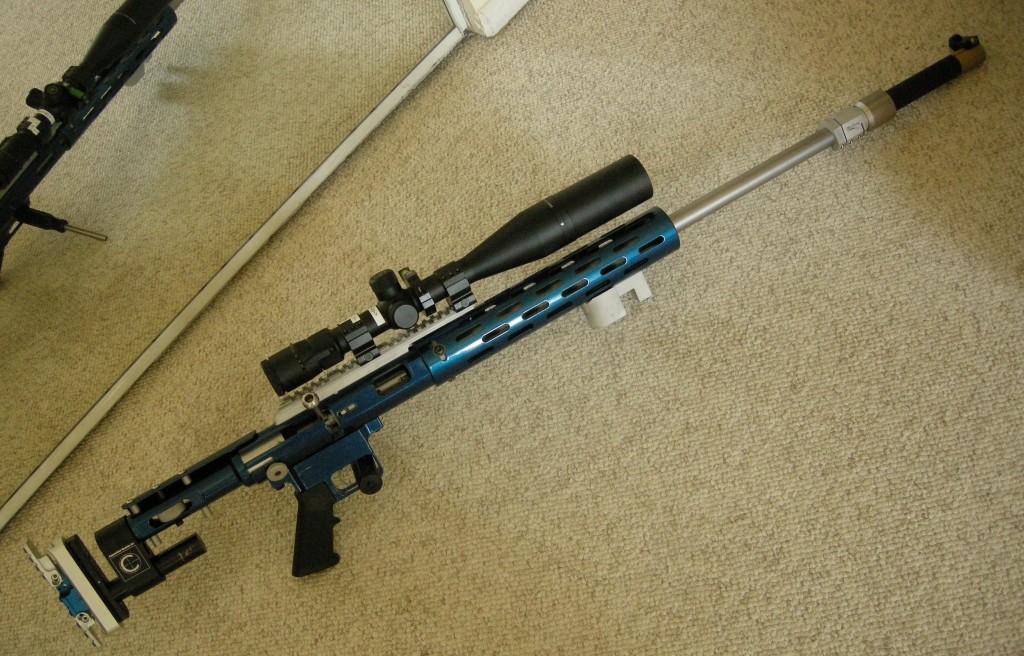 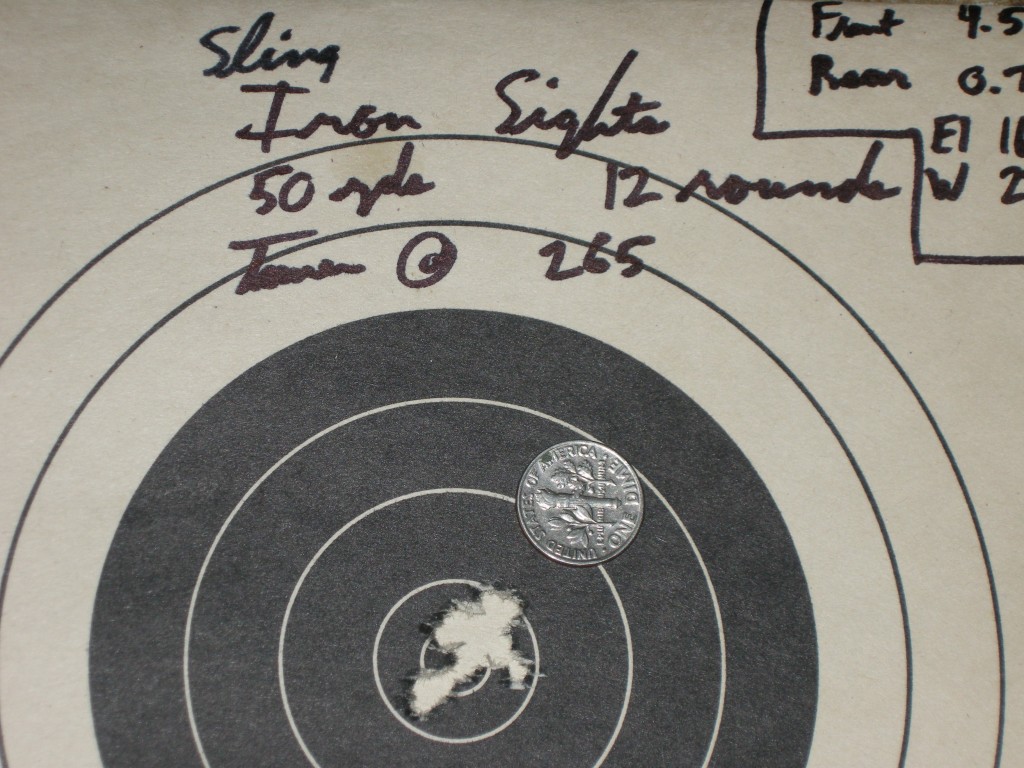 Does our Hunting system stack up? You decide….