The 6.5×47 tube gun shot very well at 500 this weekend. I shot a couple low into the 10 region since I had not been able to fully test this new load at 500 with travel for work. It shot very well, the condition was holding so I moved up and shot for bullseyes. The group is 0.5 moa, but the width is 0.2 moa which is about where this load has been tracking for accuracy overall. Anyway, very happy how it is shooting. Since these ‘varmint matches’ allow a 25 lb gun, it is sporting some tungsten to put me at a bit over 24 lbs.

37.4 grains of Reloader 17, 10 thous jam, running about 2750 fps with 140 grain berger hybrids. The groups just have not held up at higher velocities for me with the Reloader, but if it shooting well at 2750, why fight it.

I installed Gary’s new rear bag rider, I like it a lot. And the new wood grip is nice to get a better touch on that trigger.

I will start doing some 600 yard matches at the club F-class with a bit less mass to stay under the 22 lb limit. 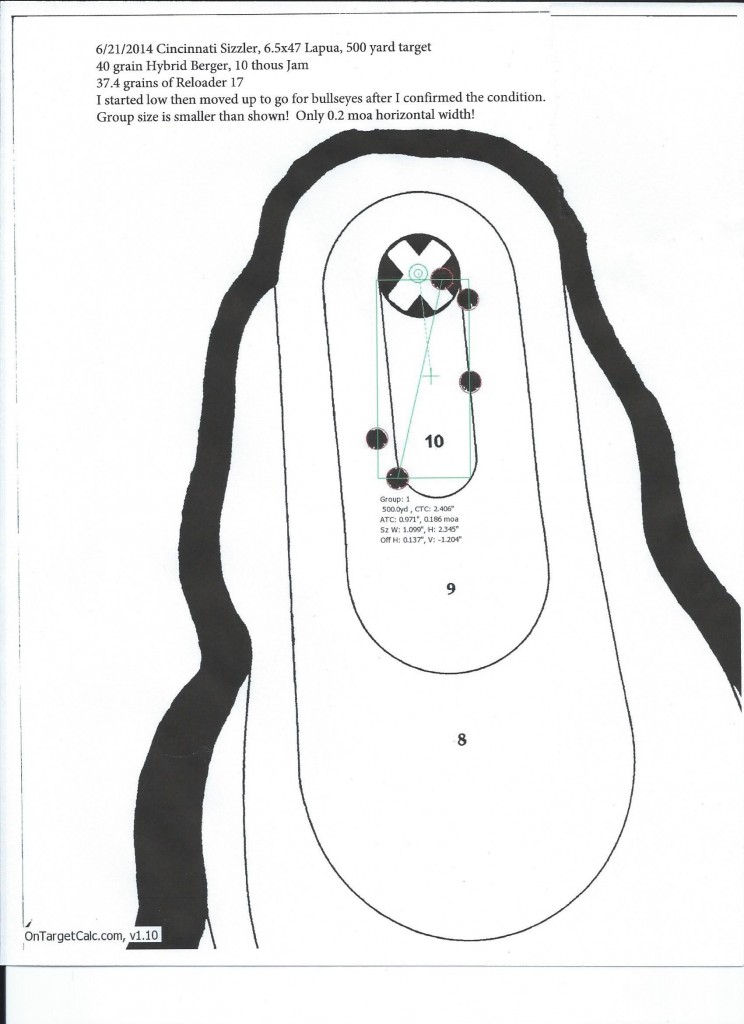